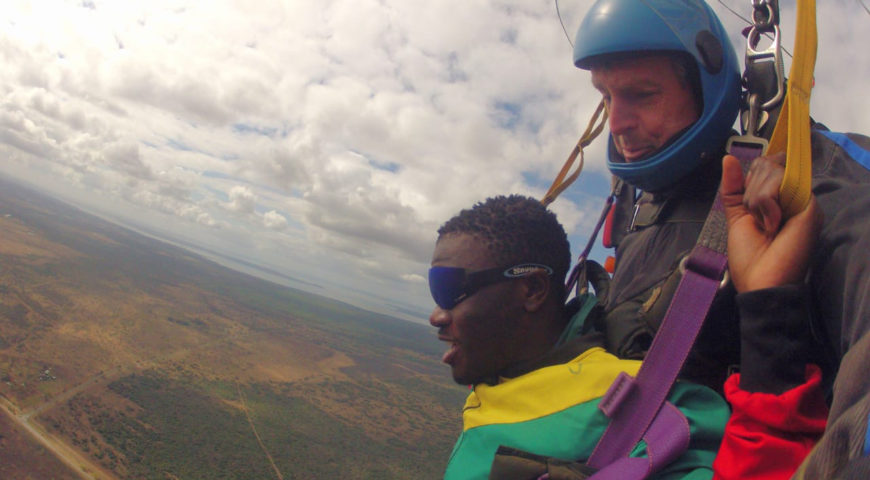 Swapping their safari gear for something a lot more colourful, PH Clive Curtis and tracker Jack took part in an exhillirating parachute jump over Zululand in support of Project Rhino!

Skydive for Rhinos is a fundraising initiative of Project Rhino that started in 2012 and has become a wonderful conservation awareness campaign to stop wildlife crime and to save our Rhinos. This year the Skydive for Rhinos came to Zululand, home to the heart of KwaZulu-Natal’s White and Black Rhino populations. 96 Passionate wildlife enthusiasts jumped out of a plane over Hluhluwe Airstrip from Wednesday 21 to Saturday 24 August! The campaign aimed to increase awareness about the Rhino poaching crisis in our country and raise funds for urgently needed anti-poaching initiatives and equipment. With 316 rhinos killed by poachers this year alone, the situation is critical and Project Rhino has committed that 100% of all funds raised will go towards Rhino protection. The initiative raised over R500,000! Funds will be put towards the Anti-Poaching Horse Unit, K9 Unit, Aerial Patrol Unit and Ranger training and more.

CVS made a contribution towards the cause and we would like to acknowledge and thank Roger and Steve & Shelly who sponsored Clive and Jack’s jumps.

Well done Clive and Jack! Truly a brave and most noteworthy accomplishment – particularly for Jack who had never even been in a plane let alone jumped out of one! CVS is very proud of you both!

Please contact the CVS office should you wish to know more about how you can help fight the battle agains Rhino poaching. 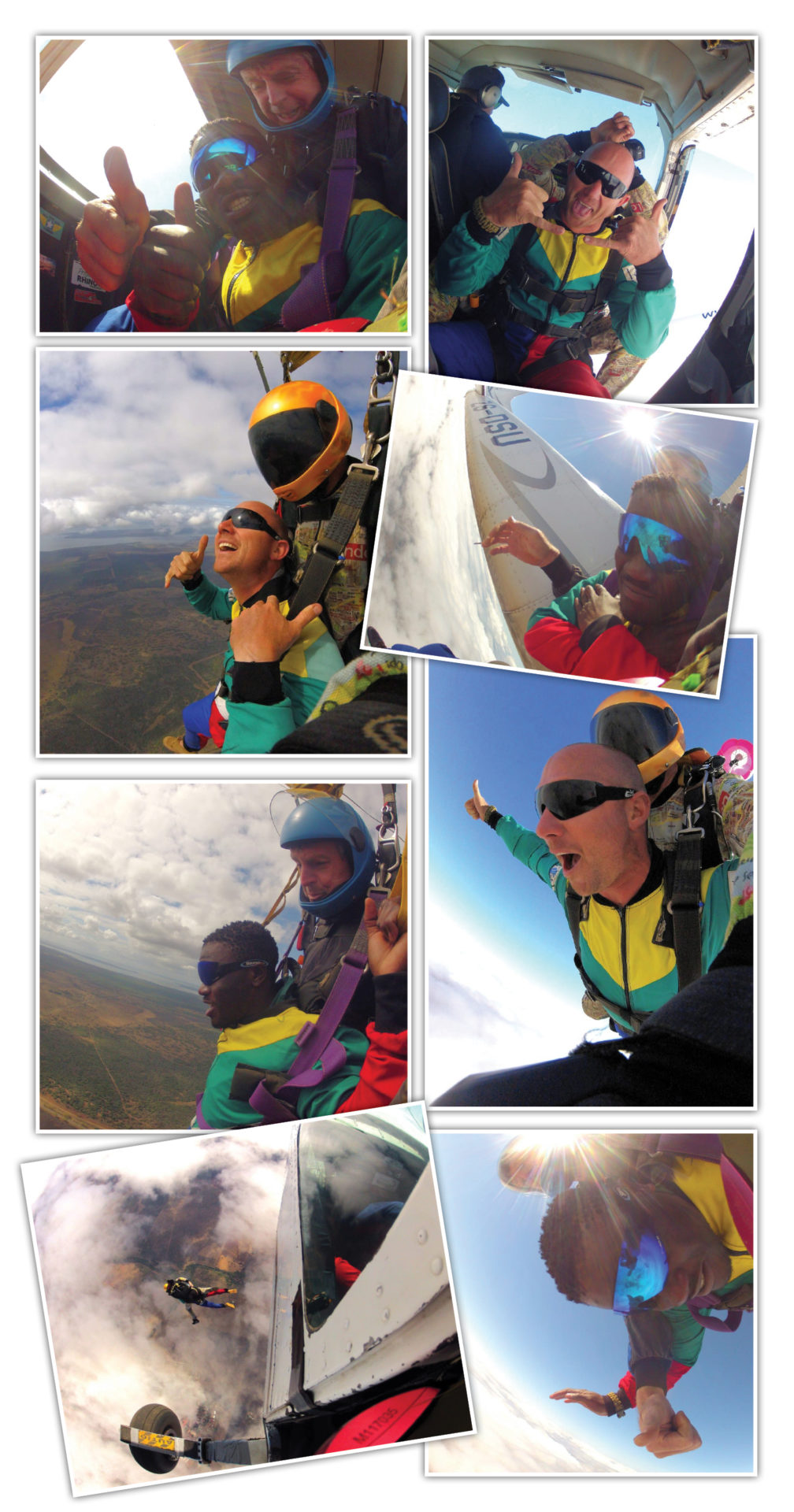